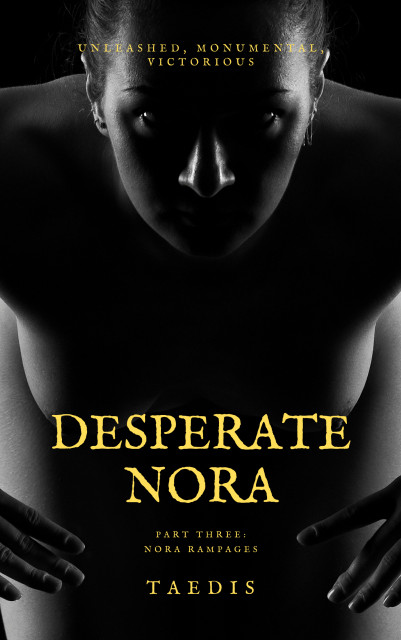 It was inevitable that Nora's needs would outgrow her body just as much as her flesh would outgrow the building she'd been trapped inside the past few weeks. It was just a matter of time before her lusts became too great to control any longer. Before they filled her with strange energies and made her body stretch and expand past the limits of human biology. Before she crossed the line from human to giantess to monster.

She might have spent another week cruelly toying with the man who'd tortured her; getting her revenge on the twisted creature who'd come close to breaking her when she was the small weak one. But Dan still had enough spark of resistance to fight back. Enough to make Nora act rashly. Enough to give Dan his one chance at escape.

Now Dan is on the run, naked and terrified in a city that has no clue what is coming after him or what force is needed to deal with her. She is a goddess let loose in a city of mice. A wrathful deity who will not be denied no matter how many toy soldiers the mice throw against her.

Nora is on the rampage and she will not be stopped.