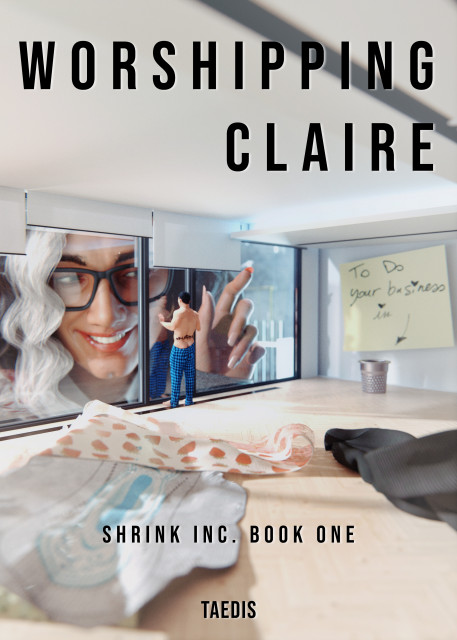 "The writing is stellar, the story is compelling, and the message is perfect."

Mark had it all. More money than he could reasonably spend in one lifetime, a company he'd taken from nothing to cutting edge in less than ten years, and a beautiful articulate wife to share it with. Senators took his calls and there were heads of state who listened very carefully to his advice.

But all that money and influence didn't make Mark happy. The more he gained the more he wanted to be stripped of his wealth, power and responsibilities. He wanted to belong to a powerful woman who would make decisions for him and use him any way that she saw fit.

Then he met Andrea a woman who needed to be in charge as much as Mark needed to submit. She became his mistress in every sense of the word sharing his bed and taking control of his life.

It cost him his marriage, but Mark still wasn't happy.

There was one fetish that Mark had nourished since early childhood. An impossible fantasy that had become a reality thanks to bleeding edge technology. Mark wanted to be small. Smaller than short, smaller than a dwarf, he wanted to be as tiny as the action figures he played with as a child.

The Stovent Company had made that possible.

Stovent, nicknamed Shrink Inc in the popular press, had perfected a technology that could make Mark's dream come true. There were only two catches; the process was irreversible, and the shrunken person had to sign away all of their rights. Not only as a citizen, but as a human being. They would become property; a toy for all practical purposes.

This is the story of Mark giving up everything to be owned by the woman of his dreams. He will enter Stovent a respected man of wealth and power; he will leave an owned pet.

But before he can belong to Andrea he must learn how to safely navigate a world of giants that no longer sees him as fully human. Training that will be provided by Claire, the first of many giant women who will thoroughly dominate his tiny body and toy with his little mind.

It is a life that he has spent months planning, but even the best laid plans of toys and men can go pear shaped when fate steps in.