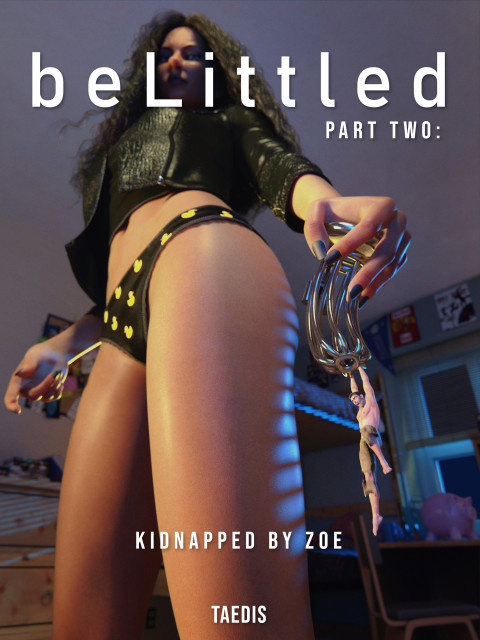 Henry's weekend started small and scary. Shrunk to four inches tall he'd only managed to escape his now colossal lab with the help of his amused girlfriend Janet. A girlfriend who wanted to show her little man what it was like to be the submissive partner in their games of sexual dominance. It wasn't a traditional rescue, bound and punished. Brought into Janet's apartment and her body.

He'd never admit it to Janet, but he'd enjoyed his time under her thumb. After a break from the games he was looking forward to exploring whatever else Janet had in store for him. Everything would have been fine if Janet hadn't left him alone in the apartment for coffee and bagels.

A random burglary takes him out of Janet's life and into Zoe's. Zoe didn't see Henry as a lover, a friend, or even a fellow human being. To her Henry was a bargaining chip. A hostage. Evidence of her crimes. She wanted to play with him even more than Janet; she just didn't care if he survived their games.

Henry's adventure takes a darker turn as he attempts to survive Zoe's experiments long enough for Janet to make another rescue. And Zoe was evil.