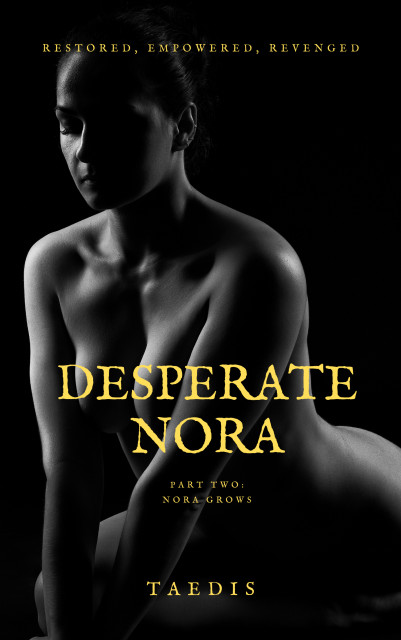 A chemical explosion in an almost deserted lab left Nora cut off from the outside world. Under the best of circumstances it would've been a nightmare. Trapped in a mausoleum of a building with Dan, her rival and fellow scientist. A petty little man who'd never admit Nora was smarter, but wouldn't turn down a chance to belittle her for her intellect. With strange chemicals pumping through Nora's bloodstream it was a nightmare. A constant struggle to control herself. Keep herself from doing the one thing that would make that formula shrink her. Strip her of size and strength and agency.

Dan made sure she gave into that temptation. In the most degrading ways he could imagine.

Every orgasm made her smaller. Every moment of pleasure was paid for in inches. Until there was next to nothing left of her and Dan walked off to remember and fantasize all the humiliations he'd heaped on her shrinking head.

But there was another formula. One that would turn Nora's pleasure into strength. That would not only return her to her former size, but let her become something much much greater. Giant. A force Dan couldn't predict or defend himself against.

This is a story of revenge and comeuppance. Of the powerless gaining the upper hand and putting the oppressor under their thumb.