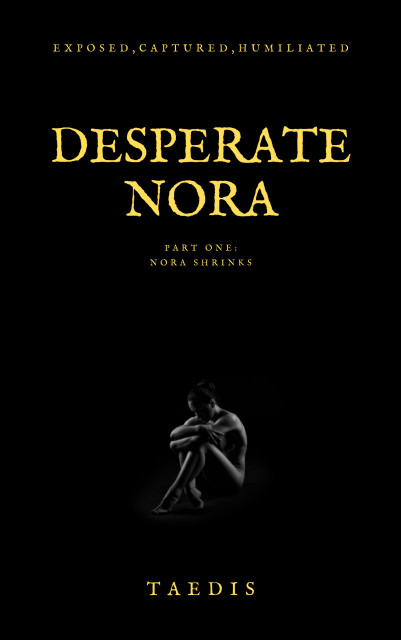 Nora knew something was wrong with the S14 sample before the computer monitoring it did. The young genius saw patterns too subtle and complex for the automated systems to pick up on until it was too late. If she were just a little bit faster or hadn't been distracted by Dan she'd have made it across the lab to abort the test before the formula went critical and exploded out of the testing module right in her face.

Nora woke in quarantine convinced the experimental shrinking formula had failed. She was still normal after all. Dan made some crude jokes about losing a couple inches from the safety of the other room, but he'd hated her for months and would do anything to cut Nora down to size.

But all the computer models predicted a massive loss of stature if the formula worked. A reduction of feet, not a couple inches. But the models failed to take into account all factors. Couldn't predict that the S14 would bond with the subject's system shrinking them only when certain chemicals were released into their bloodstream. The ones released during orgasm.

It wouldn't have been so bad for Nora if one of the other side effects hadn't been increased libido. One private moment robbed her of over half her height and sent her in a downward spiral of shame and subjugation in the hands of a jealous man who now held complete power over her.

Can Nora resist temptation long enough to escape Dan and find the antidote or will she become his helpless pet and toy as she dwindles away to nothingness?

Part one of three.