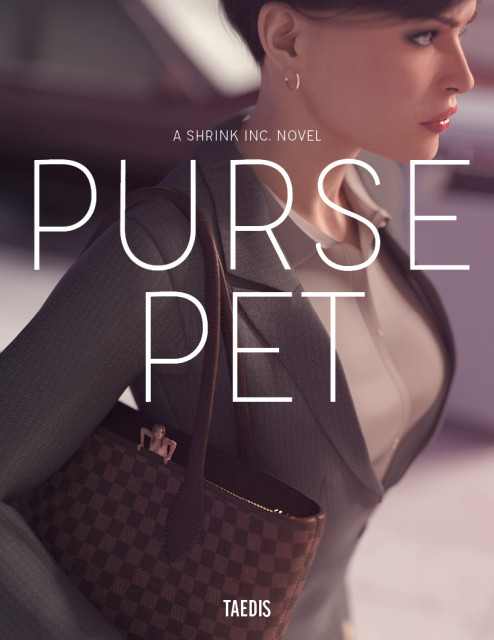 Rebecca was only halfway through her 20's and her life had already hit a dead end. She was smart, talented, witty, and very much alone. Sure she had her favorite cousin to keep her from going totally batshit crazy, but it wasn't the same as having a girlfriend.

She'd had zero luck with dating apps and it wasn't like she was going to find Ms. Right at her go nowhere day job.

That's when she met Tina Jordan.

OK. "met" is too strong a word. The closest Rebecca got was the 15th row of a packed stadium where 20 year old singing sensation Tina wowed the crowd and won Rebecca's heart.

Six months later Rebecca was sitting in a jail cell looking down the barrel of a twelve year sentence for breaking and entering, resisting arrest, and stalking. That's when Tina's lawyer made Rebecca an offer she probably should have refused.

Tina would let Rebecca be with her, but only on Tina's terms. And Tina wanted Rebecca shrunk smaller than a doll by the good people at The Stovent Company. Little Becky would share Tina's bed at night and be her pampered pet by day; kept in a cage or carried around in a purse as a living trophy of Tina's wealth and power.

If Becky accepted there'd be no going back. Once she signed away her size and her rights as a human being she'd be a pet forever. If not for Tina than someone else. She could be bought, sold, traded, or gifted however her owner wished. It was a choice between twelve years in prison or a lifetime spent as a pet. It was a choice no sane woman would ever make, but sometimes love makes you do the wacky.

This is the story of little Becky's search for love and happiness in a world of giantesses. Will Tina turn out to be the woman of her tiny dreams? How will her experiences as a tiny woman, both uplifting and traumatic, change her? And what will her happy ending look like?

This is the third novel set in the Shrink Inc universe. You do not have to have read any of the previous stories in order to enjoy this one. The primary focus of this work is a shrunken woman interacting with normal sized "giantesses." There are incidental male characters, both shrunken and normal sized, but their interaction with Becky is minimal. If your looking for giant man/ shrunken woman erotica this book isn't for you.