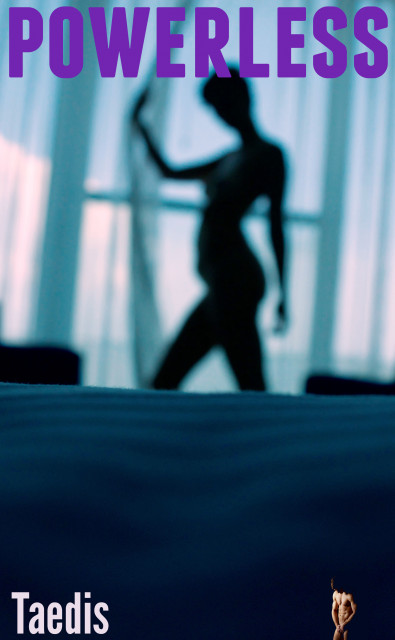 Not all super heroes leap tall buildings in a single bound, rip through steel doors with their bare hands, and walk nonchalantly through a hail of bullets.

Some super heroes get small.

At only 36 he was one of the most well respected men in his fields. And there were several fields that he poured his talents into. Electronics, chemistry, physics, engineering, quantum mechanics, the list went on. His opinion was listened to at the highest levels of the scientific community. When he spoke world leaders paid attention. He held a prestigious post in one of the nation's finest universities.

And that was just his day job.

Professor Carter made one breakthrough that never made it into the scientific journals. He figured out a way to cheat physics and shrink himself down to the size of a grain of sand and grow back up to his full height. He wove that technology into a suit and became the masked super hero Valence.

He had it all. Respect. Influence. A life of intellectual challenges and thrilling adventures. Not to mention a super hero girlfriend who was every bit his intellectual equal.

He'd had some close calls pitting his brains and creativity against some of the most dangerous super criminals in the world. It wasn't easy taking them on when he was only a few inches tall, but he always knew that he could even the odds again with the press of a button.

But what would happen if the button didn't work one day and he was trapped at a fragment of his normal height and weight? Or the special technology that gave his diminished body superhuman strength failed leaving him weaker than a mouse?

Now how would you feel if all of that happened in front of someone who loathed you to the core of their being?

Joy isn't a super villain. She has no super powers. She has no amazing technology. She's just another graduate student in one of Professor Carter's physics classes. She is rude, cruel, and openly disrespectful of the Professor's position and authority. When she sees the man she hates reduced to a weak, tiny six inches she takes him away from the world he knows and traps him in a waking nightmare.

Valence, the super hero who has fought off mad scientists, alien invaders, and unimaginable superhuman threats, now finds himself stripped of his powers and at the mercy of his vindictive former student. He had beaten some of the greatest criminal masterminds in human history, but finds himself unable to escape from Joy Turner, reduced to living like a rat in her small college apartment. Surviving on scraps of her food. Desperately trying to outwit his brilliant captor; trying to return to a normal human existence.

Will Professor Carter prove smart enough to out think his former student?