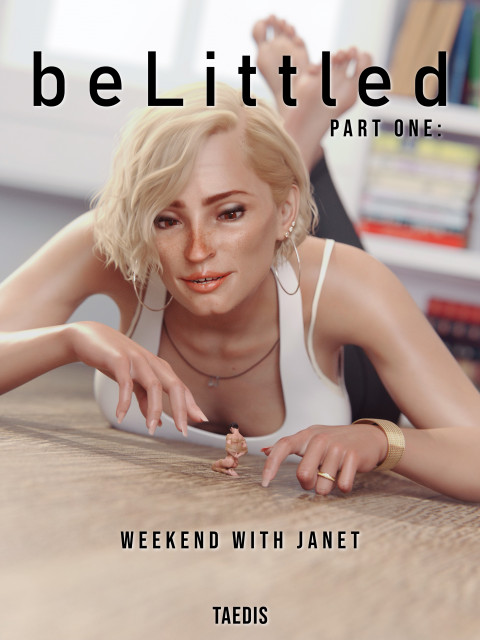 Henry Rhodes had it all.

He was always the smartest man in the room, the youngest to graduate any class he entered, and the first in line when grants or high paying corporate jobs opened up. He had a gorgeous rich girlfriend and a job in bleeding edge technologies.

After the lab accident no one looked up to Henry Rhodes anymore. It was hard to do when Henry was the size of a toy. He'd invented a cure, of course, but was too small to take it. Not without help.

Janet could have ended it when she found him laying there helpless, naked, the size of an action figure. But she remembered the games they played. The adult kind that start at 50 Shades and wander down more kinky avenues. What could she do with a man that small? What would it feel like to have that much power over the man she loved? Not forever. That'd be cruel and boring. But for the weekend.

This is the story of how Janet and Henry spent that shrunken weekend.