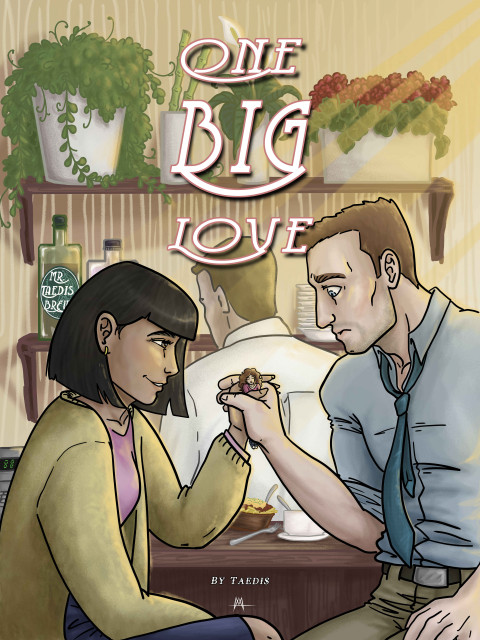 Anna's life was ok. Not great. Not terrible. Ok. She wasn't working her dream job, but she liked data analysis. She didn't make it to Chicago, but she liked the sleepy little corner of New Hampshire she wound up in. Elliot, her fiance didn't make her toes curl when he kissed her, but she loved him and he made her laugh. They weren't going to move in together until after they were married, but that was ok too; Anna found a nurse to split the rent. It didn't hurt he had a cool accent. Growing up hadn't been what she'd expected it to be, but Anna could've ended up a lot worse off.

Nate left a good paying job in one of the most respected hospitals in Ireland to work at a clinic people a couple towns over didn't know existed. He was social and nice with Anna and her friends (even the intense one from work), but he never explained why he'd pulled up roots and moved to another country. Anna thought his heart had been broken; Jen searched the web for unsolved Irish murders.

When she was ten Sadie Adler called Jen a misanthrope. Jen stayed up all night the next full moon waiting for her claws and fur to grow in. She wanted to punch the dictionary when she read what the word really meant. What's the point of hating people if she was stuck being one? She softened as she got older though. Instead of hating everyone there were lots of people she hoped wouldn't die. Her dad. That woman she met at work. That woman's hot roommate. Maybe a couple others. Maybe.

The three were all in the building when Anna's mom punched a hole through the universe. It was a twelve million dollar machine doing the punching and a very small hole, but it was Dr. Gwen Greene who did it. They'd wanted to see history being made; they hadn't expected to become history.

There was an unexpected cost to cracking reality. One paid by three beings in three very different ways. The test subject became trapped on the other side of the hole. Dr. Greene's transformation would put an impossible strain on her marriage. And Anna?

Anna was in an accident, but instead of losing an arm or the use of her legs Anna lost 94% of her body. She still had everything. Two legs and eyes. Her fingerprints. The head of hair that didn't want to grow the same rate from one part of her scalp to the next. It was all there, there was just a lot less of it. When she woke up Anna could look eye-to-eye with her dad's Star Wars action figures.

What had looked like a predictable ok life was gone in the snap of an electron. Her kitchen now looked like the Grand Canyon. Her car, a Star Destroyer. Her friends were giants. If it weren't for them Anna would've lost her shit five minutes after waking up in her terrifying new world.

Her friends kept Anna sane. Helped her figure out what she's going to do while waiting for a cure. But what happens when a woman the size of a doll wants something more than friendship? What kind of relationship can you have when you fit in your lover's palm? When their one kiss reaches from your chin to your navel?

This is an exploration of love as well as size. Some of it romantic; some of it not. There are moments of horrific danger and times when things get steamy. If you're concerned about the former I'll give you a spoiler – there's a happy ending. If the latter makes you uncomfortable just skip chapter 17; the rest shouldn't be worse than basic cable. Except for the language. Anna's mom swears like a fucking sailor.